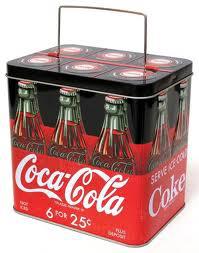 In 1887, another Atlanta pharmacist, Asa Candler, bought the formula and all the rights to Coca-Cola for $2,300 (doh!). By 1900, sales had increased by 4,000% and was America's most popular fountain drink, thanks in large measure to aggressive marketing. Until 1905, Coca-Cola was marketed as a tonic and contained extracts of cocaine and the caffeine-rich kola nut.

Fast forward to 1971. Coca-Cola and its advertising agency, McCann Erickson ended the popular "Things Go Better With Coke " campaign. The new campaign, based on the line "It's the Real Thing," featured what proved to be one of the most popular ads ever.

The song "I'd Like to Buy the World a Coke" was created by McCann's creative director, Bill Backer, along with songwriters Billy Davis and Roger Cook. It was recorded by the popular singing group the New Seekers. It promptly flopped. But Backer persuaded McCann executives that the song needed a visual dimension, convincing them to spend $250,000 for filming, at the time the largest budget ever devoted to a television station. The resulting commercial, a panoply of ethnically diverse people standing on a hilltop singing the song, was an instant hit. The demand for the song was so great that many people called radio stations begging for them to play the commercial.It was one of the most successful commercials of all time, and the sheet music continues to sell more than 30 years after the song was written.

Coca-Cola has become a part of Americana; and it is one of the most recognizable brands throughout the world. It is proof that elemental thinking and intelligent marketing can turn $50 into billions.